The Civil War Bronze-Rifled Cannon was manufactured by A.B. Reading & Brother factory in Vicksburg, Mississippi in 1861. It is stamped "Abr and Bro. V.Burg 1861 1". The number one marking indicates it is the first of its pattern. Abram Breech Reading was a large Vicksburg landowner in the early 1830's. Besides the foundry, he owned a large plantation, a brick-making plant, and a 1/2 interest in a saw mill. The Whig reported in late December the facility was geared to produce smoothbore and rifled cannons at the rate of eight to ten per week. Actual production was far below that level. 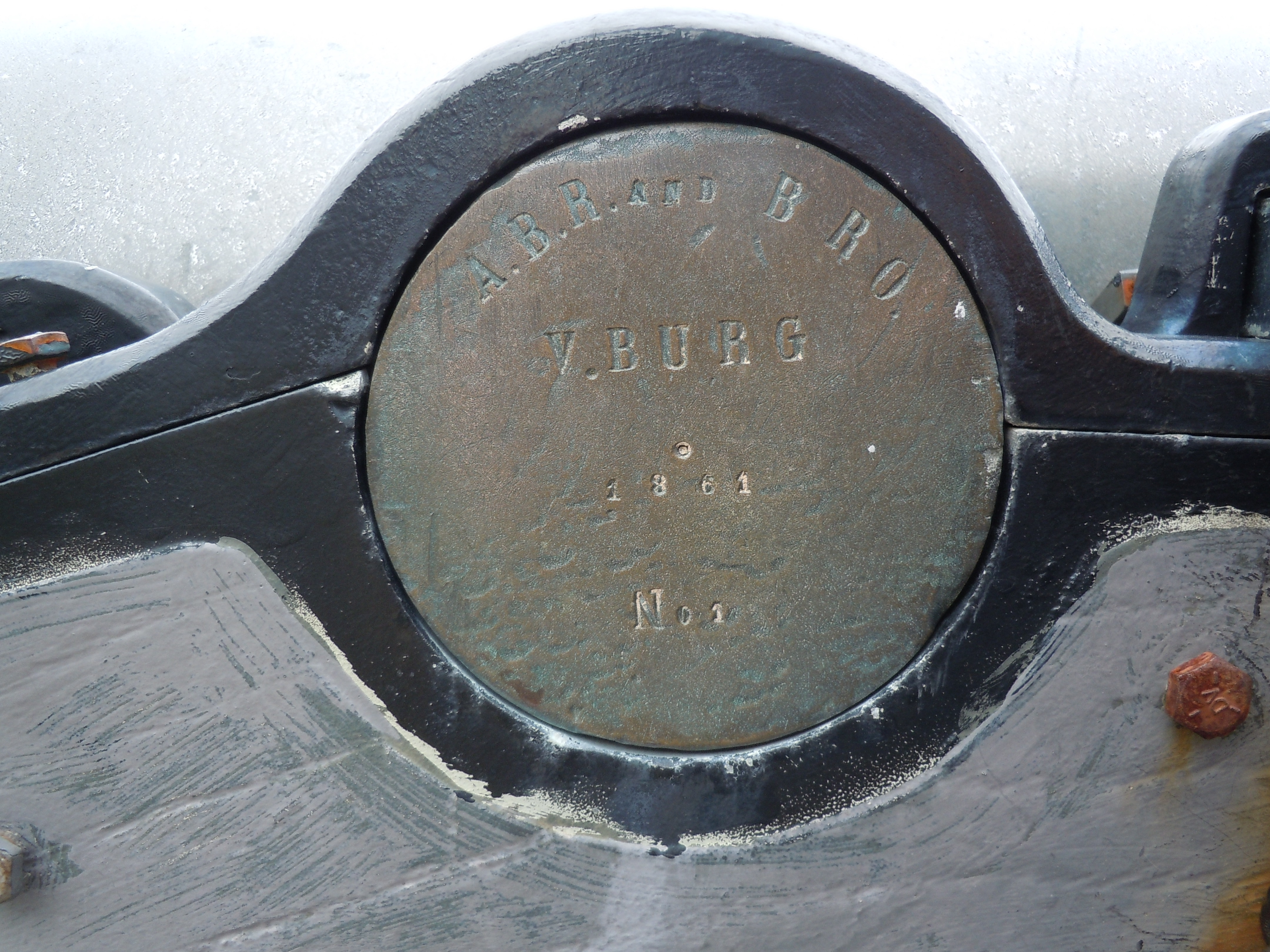 A.B. Reading & Brother was the factory where the Story County cannon was built and was located near the waterfront at Washington and First Streets in Vicksburg, Mississippi. The factory was converted for war work from a company which in pre-war Mississippi had made steam gauges, circular saw mills, gas pipes, and boilers. It is believed this factory was destroyed by a "Yankee" attack because records show that, "The hottest bombardment of Vicksburg to be the northeast corner of Washington and First Streets."

From April 1861 to April 1865, AB. Reading & Brother manufactured between 45 and 57 field cannons for the Confederate Army. Records indicate that the Story County Cannon was one of those delivered to the Confederate Army in Memphis, Tennessee in December 1861. Only two other cannons have been identified as still existing and they are numbered "3" and "24". 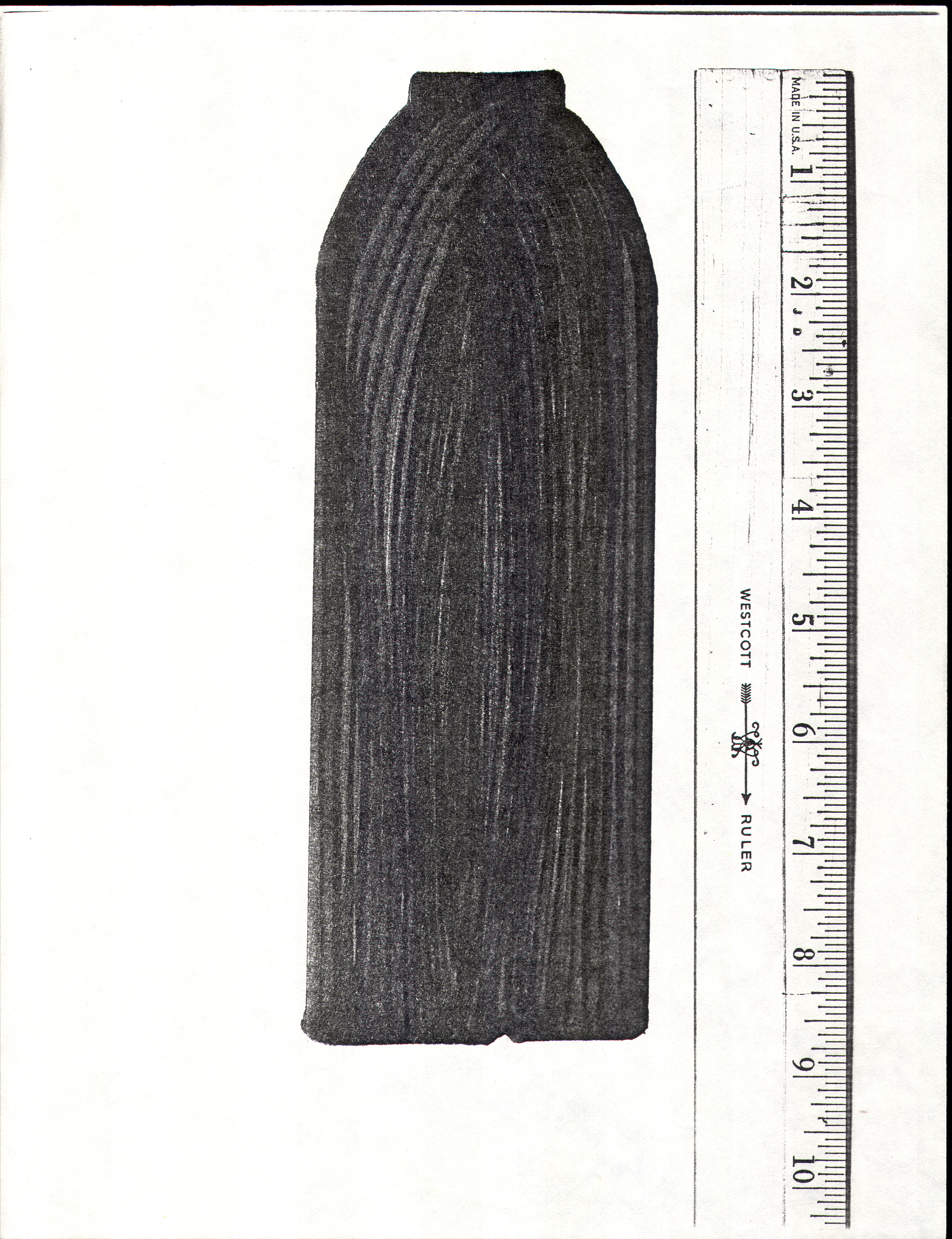 Cannons in the early 1800's were all smoothbore and fired a round ball. In the mid-1850's, a number of designers succeeded in developing a rifled cannon. They were said to be the "Wave of the future". They had much better range, accuracy, and penetrating power than the smoothbores and therefore could be deployed further back in the lines, relatively free from capture and harassing fire.

It is referred to as a "rifled cannon" because the barrel is rifled with six sawtooth grooves of left-hand twist. It didn't fire a ball, but instead used an elongated james or schenkle projectile (shown). The projectile weighed 1 1/4 lbs and used a 1 1/4 lb powder charge and 5 degree elevation. The approximate range was 5,100 feet, 180 feet short of a mile.

The Confederacy had to make do with the bronze cannon because there were no factories in the South that could cast steel guns. Bronze cannons, sometimes referred to as brass, were made from a mixture of nine parts copper and one part tin.

The cannon, which is a 3-inch rand rifle, weighs approximately 775 pounds and was considered to be extremely light. Bronze cannons are relatively scarce as bronze was found to be unsuitable for rifled cannons because it was too soft and allowed the rifling to wear away too rapidly in service. Oft times when the rifling wore down, they would use a cannon ball.

The Nevada G.A.R. (Grand Army of the Republic) was organized on Monday, January 7, 1884, and given the name Jason D. Ferguson, Post #31, in honor of a brave Story County soldier who belonged to the 12th Iowa Infantry and was killed at the Battle of Shiloh. One of every four soldiers killed at Shiloh was an Iowan. Iowa had more men in the conflict, in proportion to its population than any other state.

A cannon was shipped from the Rock Island Arsenal to the Jason D. Ferguson, G.A.R. Post #31, Nevada, Iowa, on January 29, 1901. Copy of the shipping orders shown on right. The Watchman, a newspaper printed in Nevada in the late 1800's and early 1900's, ran a story on Friday, February 8, 1901, that the cannon had arrived the day before. After that date, there is no mention of the cannon that can be found. 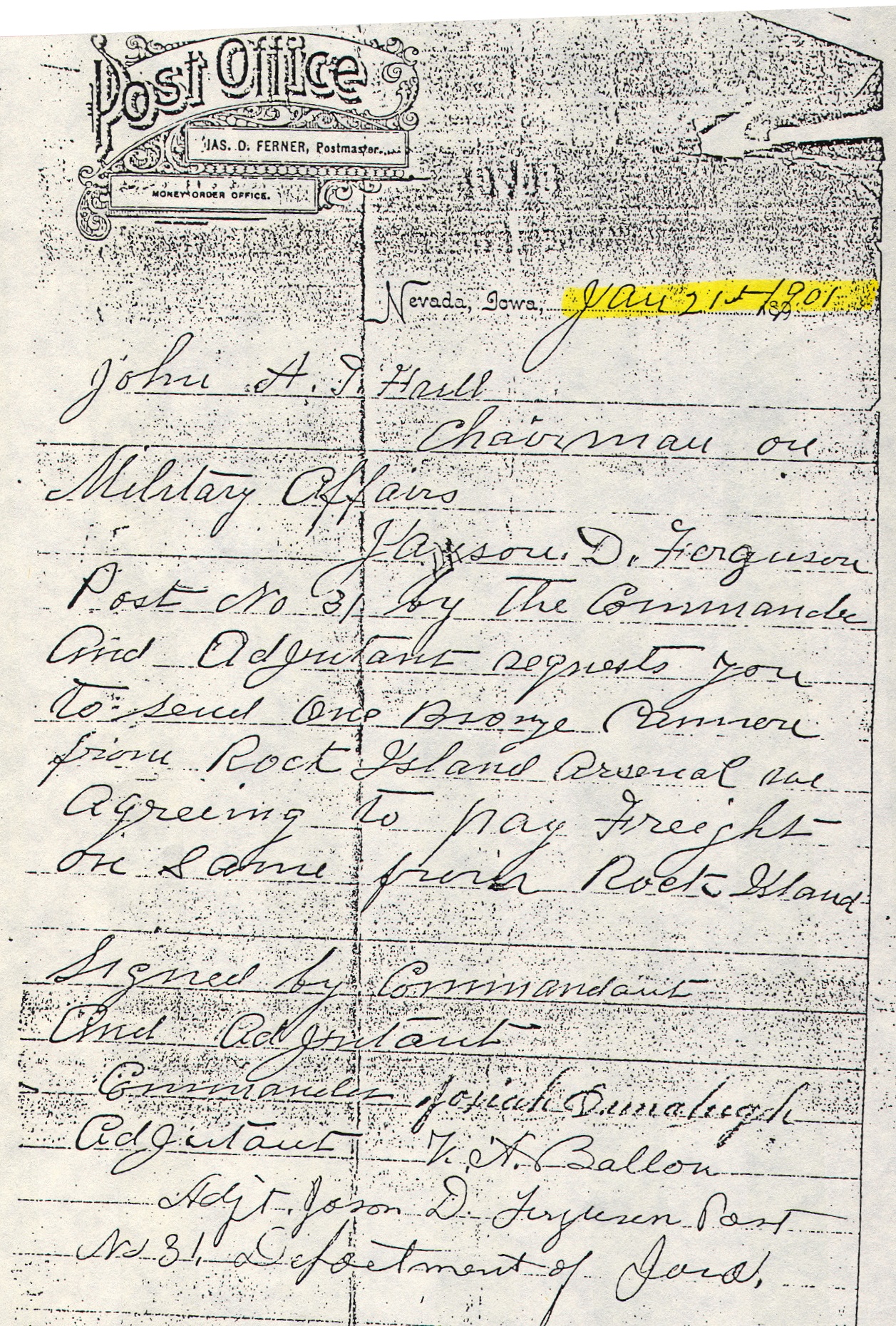 In Payne's History of Story County, 1911, a picture of the cannon is shown. It is believed to have been stored in the basement of the Courthouse and moved to the Courthouse lawn because of the need for space. According to Payne's book, in 1911 the G.A.R. was not too active, and it is thought that due to the lack of active members, the cannon was donated to the County before the organization was dissolved. 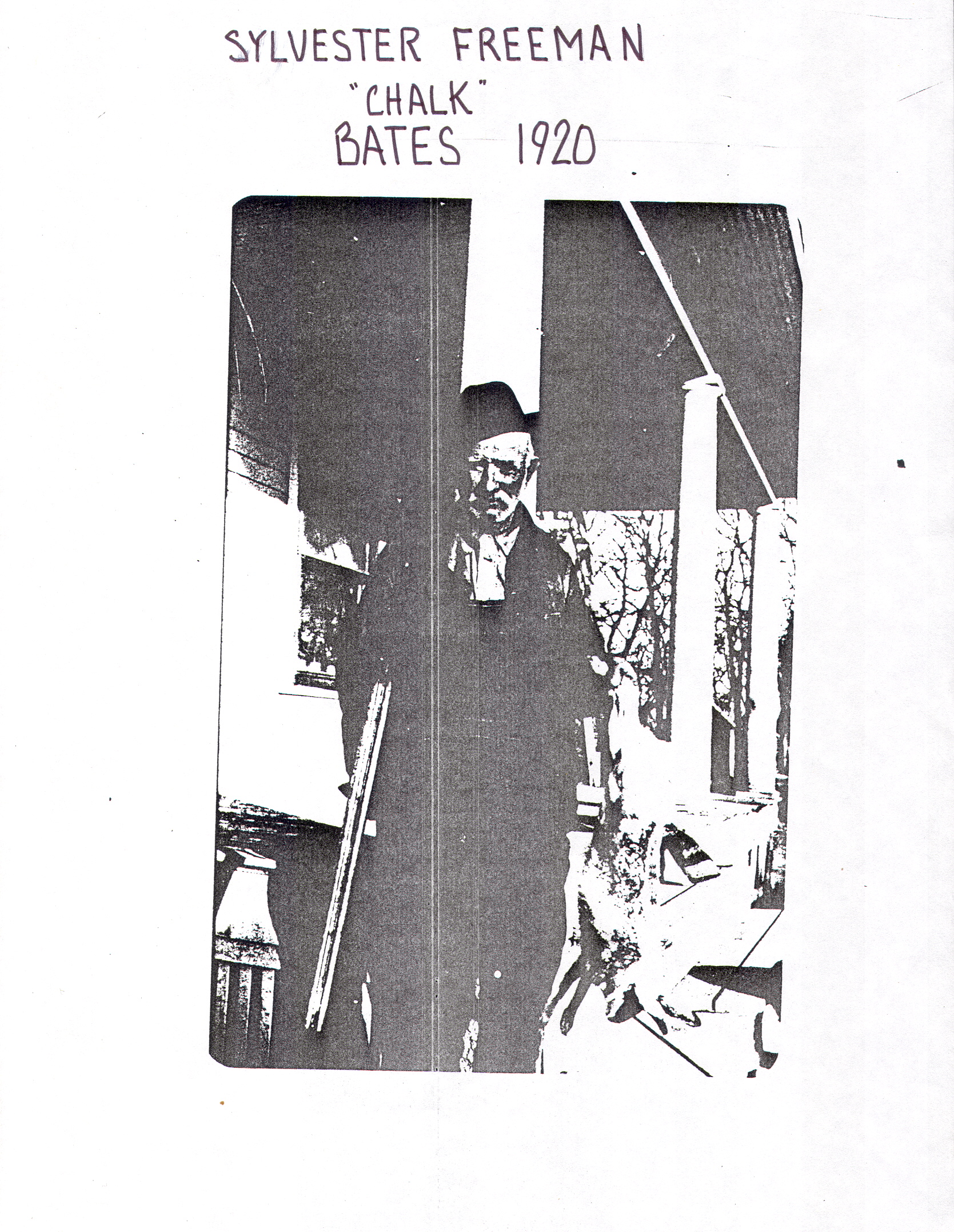 In 1901, when the gun was being shipped to Nevada, the barrel slipped off a rail car and killed the man who was unloading it.

The last time the cannon was fired was Armistice Day, November 11, 1918. A misfire by the gun killed Jens Martin Jensen, a young Danish immigrant who was taking part in the celebration. A stranger who came to town on the train knew an easier and faster way of firing the cannon. The stranger placed his thumb over the touch hole, his thumb got hot, he removed it, the powder ignited and the cannon fired, sending the ramrod through Jensen's chest. In fact in battle, the gunner's thumb would often burn to the bone. A bystander was also injured when a piece of ramrod hit him and tore most of his arm away. It is said that someone filled him with whiskey and

a doctor "lopped" the rest of the arm off on the spot. The man who had most of his arm torn away was named "Chalk" Sylvester Bates. He was the great, great uncle of Marjorie Muench of Ames. Mr. Bates's arm was buried in a cemetery, and years later, he was buried in a different cemetery.

Interestingly, in battle, when the enemy had advanced to close range and the situation was desperate, to save time the ramrod was fired.

On August 3, 1979, some vandals hooked onto the cannon and tried to tow it away. This caused damage to the carriage and wheels. Harold Kimberly, Colo, located some wheels and repaired it.

Through the years, various citizens and Story County employees have spent a great deal of time keeping the cannon as close to its original condition as possible. There have been efforts made to repaint the cannon its original Civil War color, liquid olive. The original paint recipe consists of: boiled oil, pulverized yellow ochre, and lampblack.

For over 100 years, Story County has proudly displayed this significant piece of United States history on the lawn of the Story County Administration building, formerly known as the Courthouse 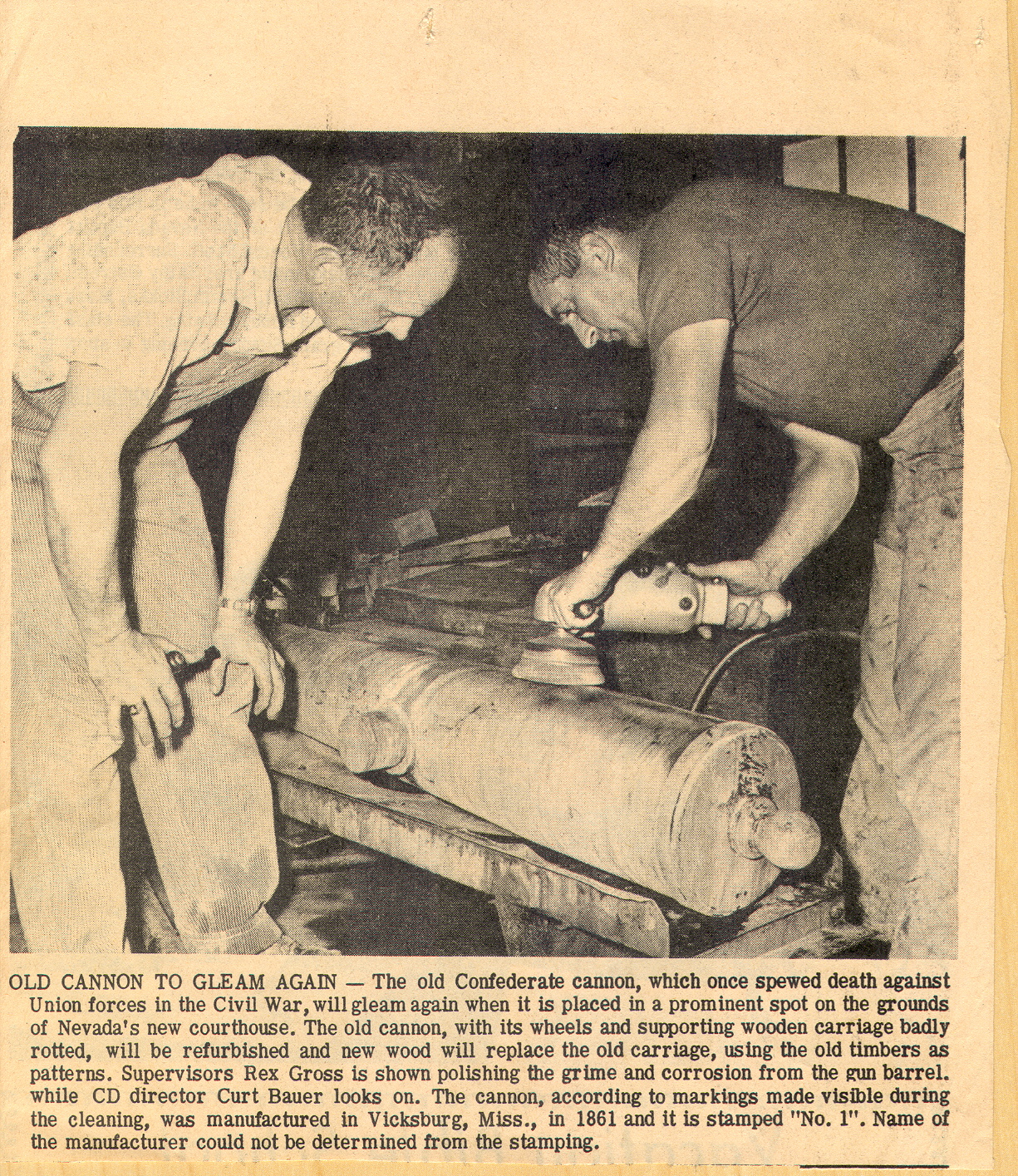