The Lake Restoration is complete and some fish stocking has taken place, but the lake needs to refill naturally with rainfall. Lake levels remain too low for recreation. You can view real-time photos of the refill process here.

Hickory Grove Park is the largest and most popular of Story County Conservation's parks. This 445-acre multiple-use recreational area southwest of Colo contains a 98-acre lake.

The history of a park starts well before it is ever called a park. The land now called Hickory Grove Park began as a home to many people. At different times to Baxoje (bah-kho-dzhe), or Ioway nation, and the Meskwaki and Sauk nations all lived here and cared for this land.

In 1960, six families sold land near an area known as the "Big Grove" to SCC, and in 1968 Hickory Grove park opened, becoming Story County's largest park. Initially it took two years for the lake to fill completely! In its early years, the beach would see over 2,000 swimmers a day on the weekend. The ranger residence also served as the administrative offices and hub for all of SCC's staff. 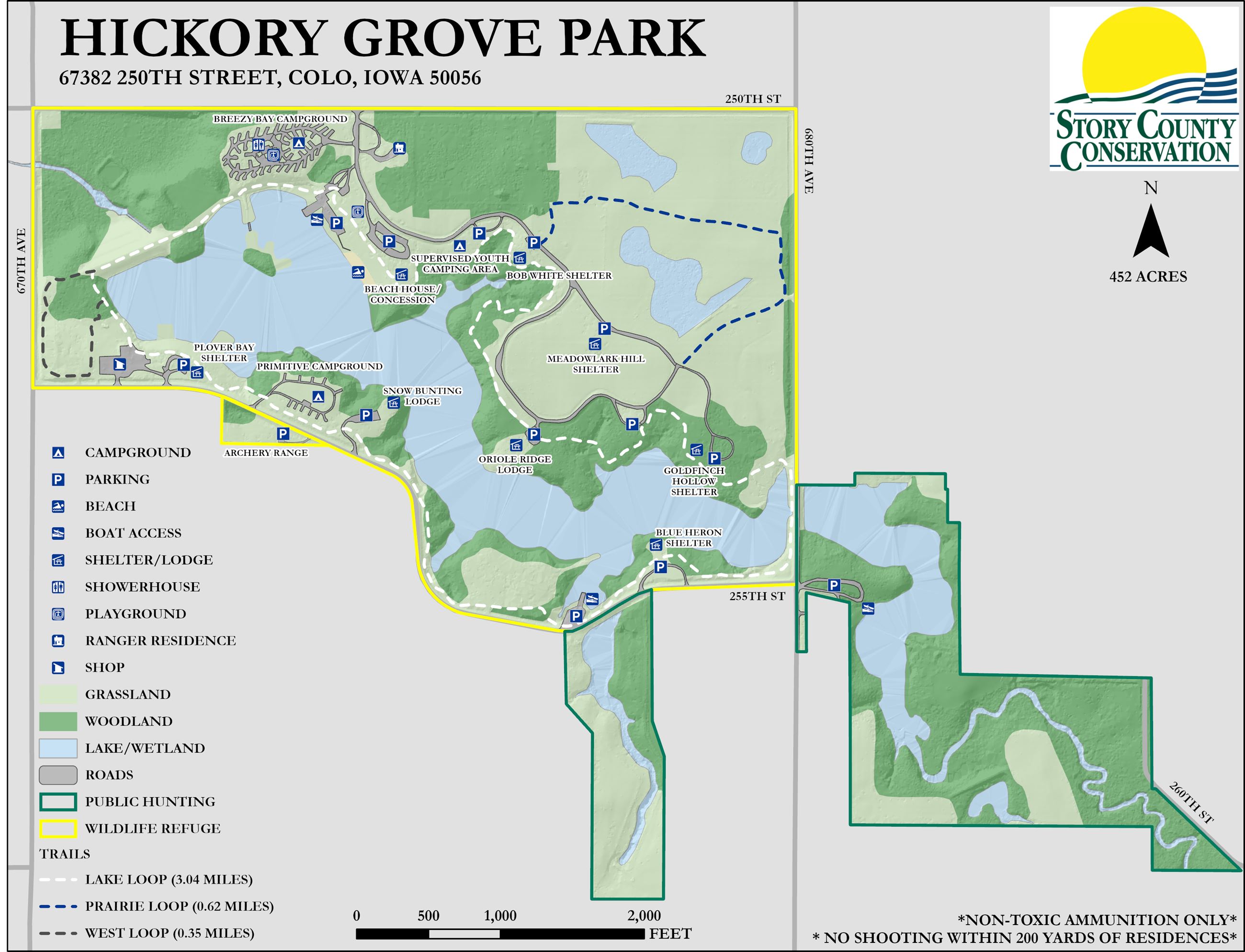