Doolittle Prairie is a 40-acre tract of pothole prairie. It is a blaze of color from May through October as prairie wildflowers and grasses bloom. The pothole areas provide valuable habitat for wetland wildlife. Doolittle Prairie is utilized by the Environmental Education Program as an outdoor classroom, with many classes using it as a destination for their field trips. Hiking, walking, bird watching, and several other activities are possible however we do not maintain trails nor do we have picnic tables or grills available. Doolittle Prairie is a designated public hunting area; no target practice is allowed; only non-toxic shot is allowed.

The land now called Doolittle Prairie was claimed by the Doolittles in 1855 as their homestead. The Doolittles harvested "wild hay" from the prairie for their horses for many years. A later market developed for it as an antidote to "shipping fever", a sickness that affected cattle after long rail shipment to markets. The family also hunted on the prairie ground even after the hay market dried up, refusing to plow up the last of it as much out of sentiment as anything else.

Story County Conservation helped the State of Iowa acquire the virgin prairie remnant in 1980 and added more land to the site in 1982. The pristine northern part of the prairie, called Plover Tract, is owned by the Iowa Department of Natural Resources (actually designated as a State Preserve) and is managed by SCC. This 24-acre Plover Tract is one of the best remaining examples of pothole prairie in Iowa with six potholes and over 200 native plant species! The southern tract, Matheason Tract, is owned by SCC and was purchased with the help of the Iowa Natural Heritage Foundation.

Many seeded prairie areas in Central Iowa can now trace their genetic ancestry to Doolittle Prairie. The Doolittle family still owns the south 21 acres of the prairie and leases it to Carl Kurtz as a source of native prairie seed. 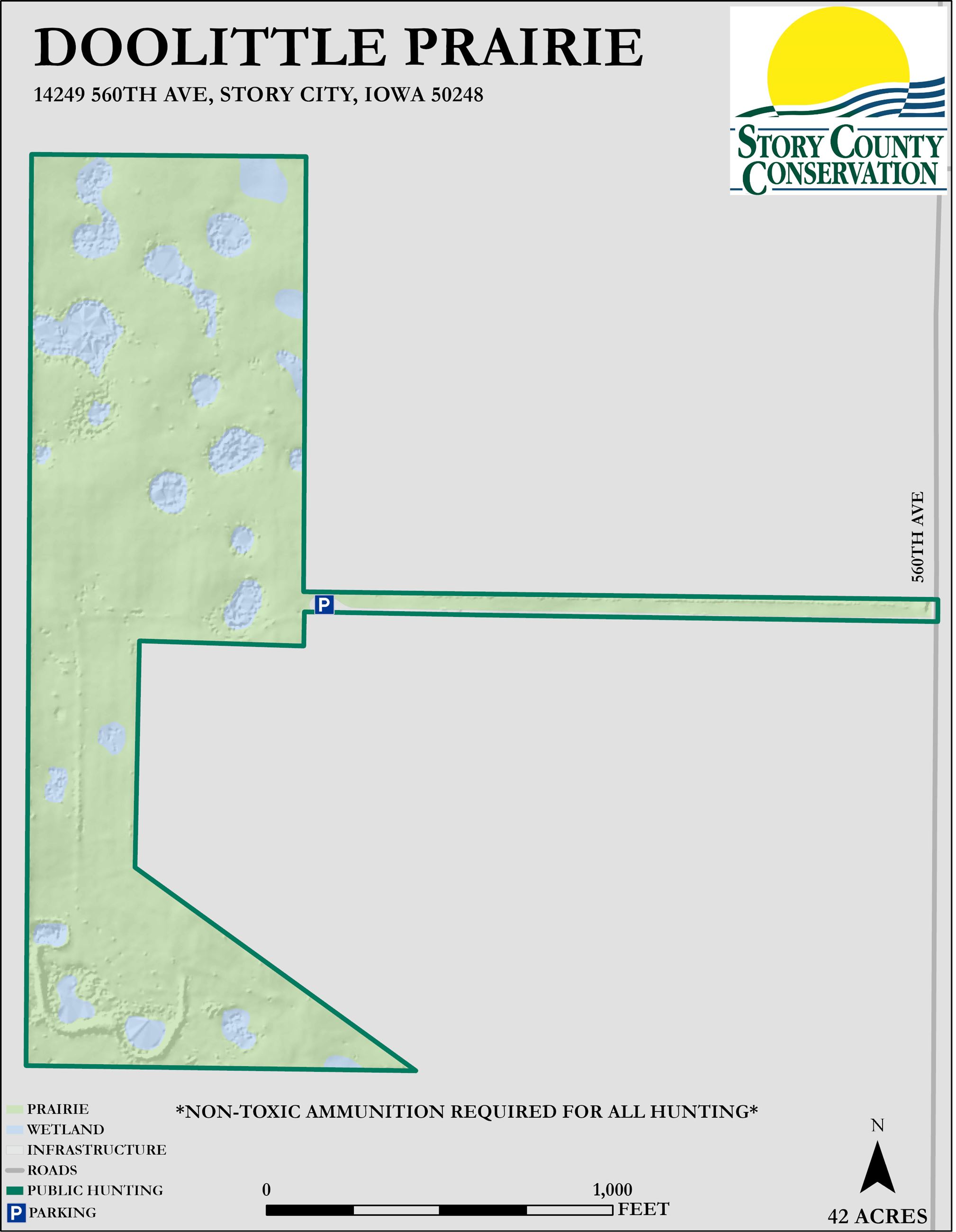 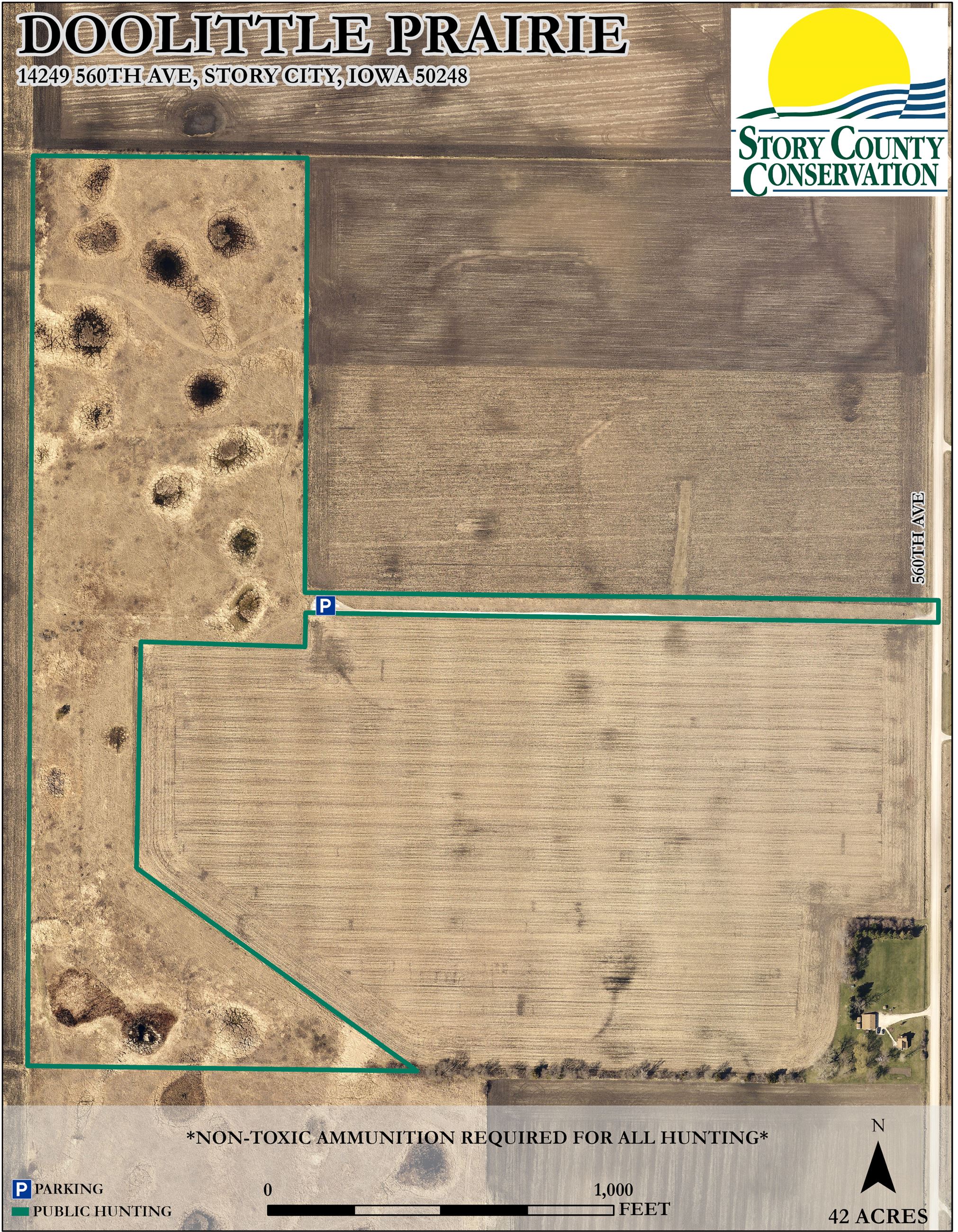