McFarland Park is a 200-acre area just north of Ames. The park offers visitors a variety of ecotypes to explore including tallgrass prairie, woodland, and stream habitats. Educational programs are offered throughout the year.

Dr. Ernest J. McFarland owned the original 93 acres of the park that honors his name. Plans for the lake were drawn up for him in 1942. The lake was eventually built in 1949 and the spillway rebuilt and elevated to deepen the lake in 1967. Dr. McFarland had hoped to build his retirement home near the lake, but passed away before that could be accomplished. The McFarland family allowed many people to enjoy their lake over the years and fishing, swimming, and camping were popular activities for their guests well into the 1960’s. The family didn’t want to see the land broken up into a housing subdivision after Dr. McFarland’s death and offered the then new Story County Conservation Board a first option to buy the land to develop as a park. The board purchased the land in 1969, but development of the park did not begin until 1973 and 1974 when the master plan was completed and the first full-time park officer was hired. Several other parcels were added during the 1970’s to bring the park to its present 200 acres. The trail system was built by high school aged Youth Conservation Corps kids during the 1970’s. The ADA compliant Touch-a-life Trail was built with major help from the Ames Town and Country Kiwanis Club first in the mid 1970’s and expanded in 2004 and 2005. The first observatory was built by the Ames Area Amateur Astronomers Club in 1980, and an improved building was built in about 2000. The conservation center was completed in 1991. 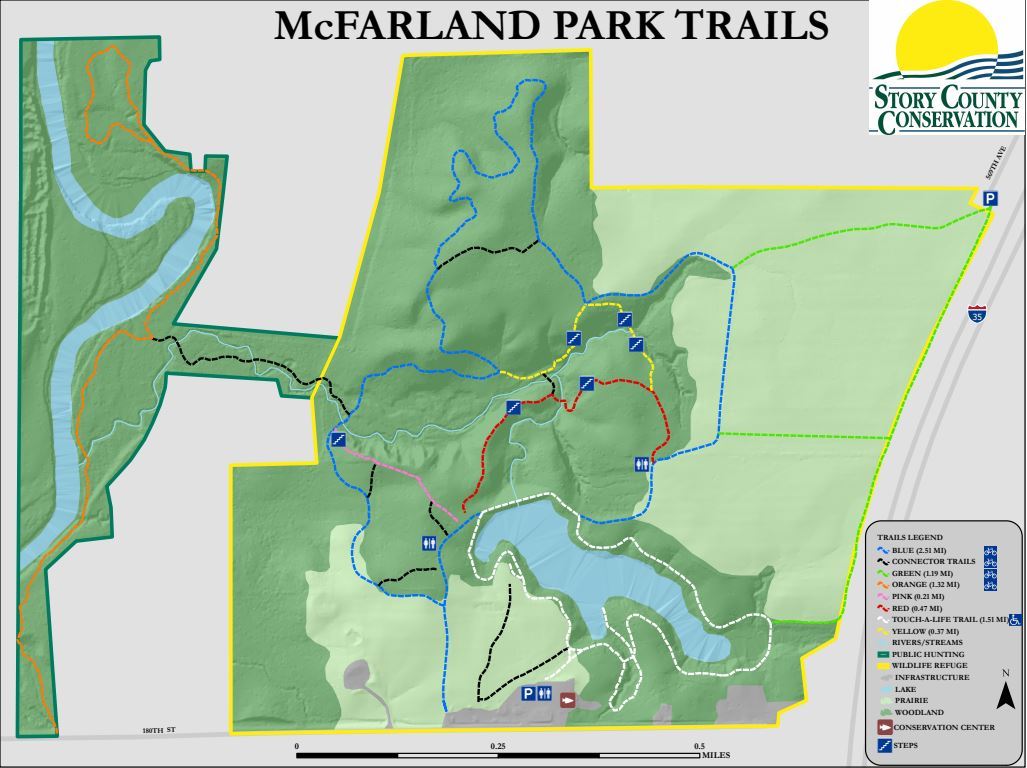